The quarterfinal matchup between Arizona and Arizona State started at noon Pacific time.

As most of you know, the state of Arizona doesn't subscribe to Daylight Savings Time, so Last weekend we went from Mountain to Pacific time. That means that instead of being an hour ahead of California, we are aligned timewise.

This meant that House Of Sparky had to leave at 5:45 AM to make it to the Staples Center in time for tipoff, and even then it was a massive squeeze considering Los Angeles' notorious traffic situation. Luckily, the carpool lanes are very generous.

In the second half, Nick was able to get a courtside photography spot, and he took some good pictures. Tomorrow, we will feature an extensive photo essay of the Washington semifinal matchup, and on Wednesday there will be a USC photo gallery as well. 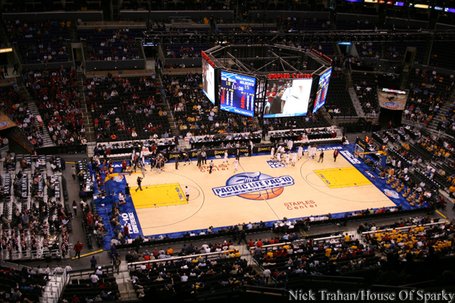 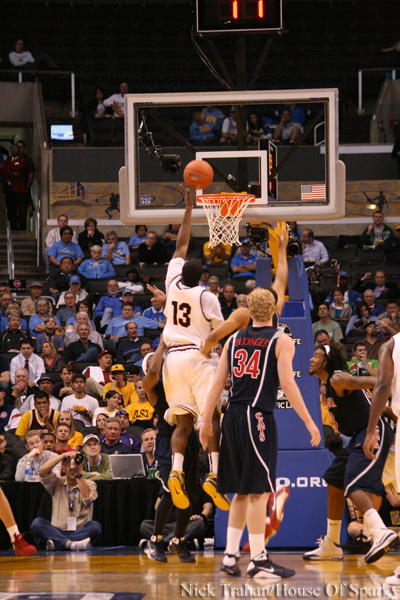 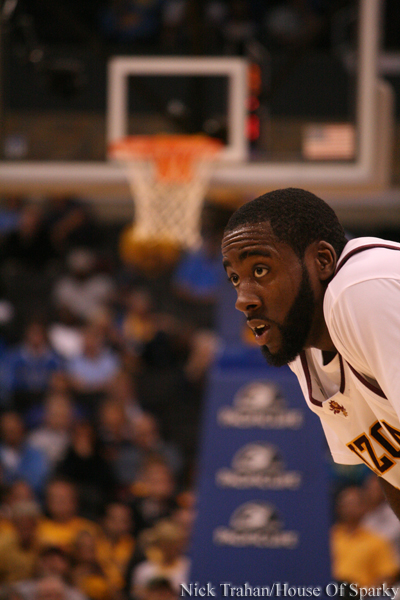 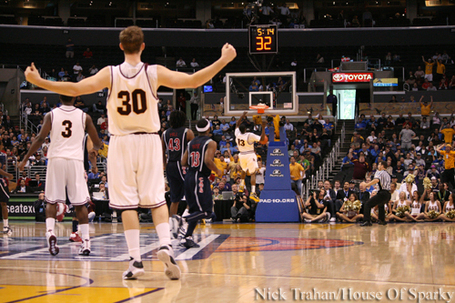 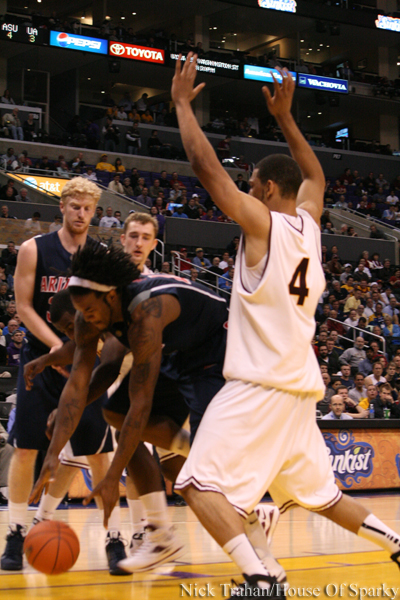 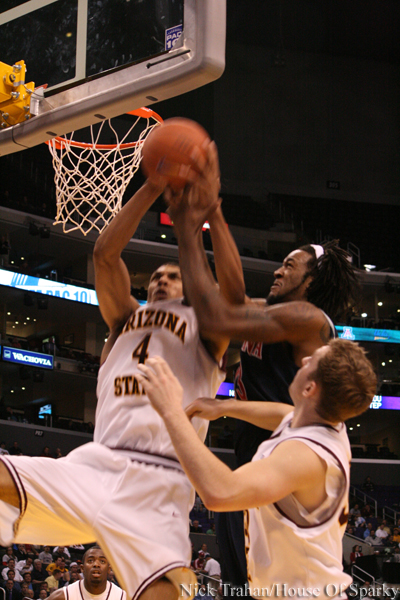 The picture below of Harden and Hill is also from the UA game, but I think Red Reign has made it perfectly clear that he doesn't approve. What do you think? Scroll down and decide.