Share All sharing options for: 1st Round Preview: #6 ASU vs. #11 Temple

Here we are, the big dance.

First round match up seems to skew in our favor. So we play the Atlantic 10 champion - Temple beat Duquesne 69-64. Temple went 21-11 and is coming off back-to-back 20 win season for the first time in over a decade.

Temple is an interesting team. They have a win over Tennessee, they have a great back court with Dionte Christmas and it should be good to see him go against Harden.

Via Sports XChange: In a single-elimination format, G Dionte Christmas can't afford to have an off day. Teams are going to try to contain him, so he can't get frustrated and must find ways to get other teammates involved. Point guards Semaj Inge and Juan Fernandez are very reliable, which is critical in March. Temple doesn't get to the free throw line as much as it probably should and takes a lot of 3-pointers. A bad shooting night could spell trouble.

--G Dionte Christmas scored a game-high 29 points against Duquesne and was amed the A-10 tournament's MVP. The 6-foott-5 junior is a strong and crafty scorer. He has scored at least 20 points in four of the last six games.

-- C Sergio Olmos was selected to the A-10's all-tournament team. He had 14 points and nine rebounds against Xavier and has given the team a huge lift in the last three weeks.

So we have a better point differential. And while some may make comparisons between Christmas and Harden, i think our team is deeper and more talented. Christmas simple is not Harden. AAccording to DraftExpress.com, Harden is the number 2 prospect in the 2009 NBA draft.  Christmas is not on there. Pendergraph even comes in at 2nd round, 23rd overall. So, I just think this game comes down to the fact our zone should stifle Christmas, force the ball into Brooks hands and the game will go from there. Look for Pendergraph to have a big game, and Harden to come out with 24-28.

stats after the jump. 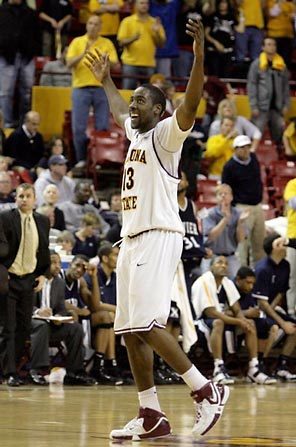 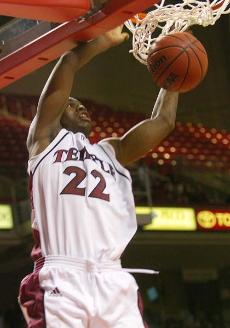