The Texas native decided to sign with the Arizona State Sun Devils on National Signing Day.

William Earley signed his letter of intent to attend Arizona State University in 2013. The 3-star cornerback is ranked as the 37th best recruit for his position according to Scout.

The best news for Sun Devil fans came out on his Twitter account on Tuesday evening, and his decision was a no-doubter. Today, Earley shared his LOI on Twitter.

It's also good to already have momma's approval about going to play football and get an education at ASU. According to Earley's tweets, she sent this to her son. 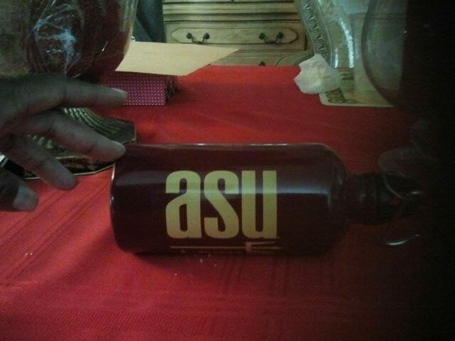 The Mesquite, Texas native turned down the chances to play at home for Texas Christian University and Southern Methodist University to name a few. Nevada, UNLV, and Colorado also missed out on the talented cornerback.

Scouts say he has good ball skills, great instincts and is athletic enough to play either a safety or a cornerback.

Cornerback is a position where ASU could use some help because Osahon Irabor is the star from the secondary and sophomore Rashad Wadood will be healthy to start the 2013 season. Earley should have a chance to compete for some playing time in the fall.

Check out this interview on ESPN with Arizona State recruits Dimarya Mixon and Earley.