Sun Devils both past and present know what this 40th and final season at the legendary Packard Stadium means. And they're looking to send it out with a bang.

David Graybill Jr. gave his son only a few words of advice for the 2014 ASU baseball season:

"I told him to take pictures and get to know every player that he plays with," Graybill relayed to David, a sophomore utility man. "Sometimes we're so focused on the future we're not working on the present."

For the Graybills and the entire Sun Devil baseball community, there's a fine line between the present, future and past.

Friday's game against Baylor marks the start of the 40th and final season at Packard Stadium, the storied home of Sun Devil baseball, before the move to Phoenix Municipal Stadium.

There's been mixed chatter; some can't wait to move to Muni while some can't fathom the loss of Packard.

But for the Graybills and others within the program, the final season at Packard is about something far deeper: family.

"This is a great place," the youngest Graybill said. "I grew up watching games here. I used to come and play catch on the field when I was younger with my dad. I went to all the alumni games. I was always in the dugout with my dad. It's really been a long journey for me through Packard."

The journey for the Graybills through the ASU baseball program is more dated than Packard itself.

David Graybill Jr. pitched for ASU from 1982-1984. His father, David Graybill Sr., is one of just seven three-sport lettermen in Arizona State history and took Tempe by storm between 1953-1956. 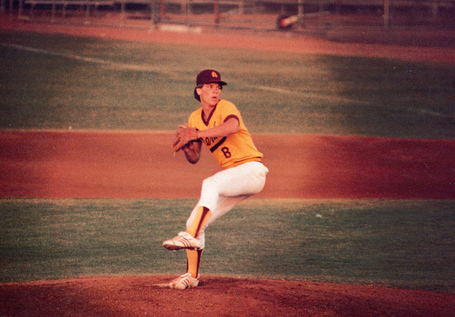 The youngest Graybill's journey is only in its second stage, but his father is already seeing shades of his time as a Sun Devil.

"Sports themselves, especially a sport like baseball, are about unity, family and teamwork," Graybill said. "And to be able to have family come together on a baseball field is perfect."

The current Arizona State baseball team, self-dubbed "Team 56" for the program's 56th season, is loaded with young players with maroon and gold ancestries.

Past the Graybills, there's the Allens (Trever and his father Jamie) and the Esmays (Tucker and Cooper and their dad, head coach Tim) on the roster.

Jamie Allen was part of the 1977 ASU baseball team that won the College World Series.

Trever, a redshirt senior outfielder, didn't even know if he would have a scholarship waiting for him after going undrafted following last season.

Now, he's setting his sights on honoring Packard and adding on to the Allen legacy one final time.

"Talking with him, it's been, ‘I want my team to be better than his team.'" Allen said. "I mean he won it in 1977 and that's going to be hard to do but we've definitely got a shot, especially with the guys we have on our team." 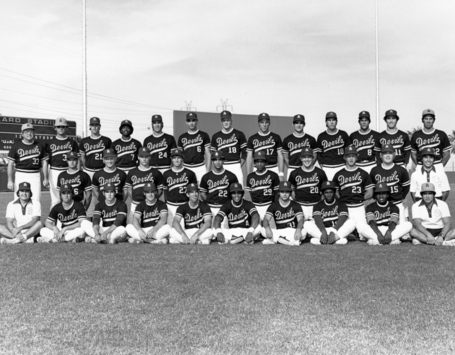 Like the Graybills, Allen has seen the 2014 version of the Sun Devils become a family, with the final year at Packard as a rallying point.

Allen said the motivation this season is purely team-focused, especially with the focus of the entire Sun Devil baseball family directly on them.

"It's always going to play into a bunch of the emotions for the guys because of the amazing stadium and the unbelievable players that have come through here," Allen said. "It's ending, so that definitely has to play a little into it."

Both Allen and Graybill think the Sun Devils, who were eliminated in regionals by Cal State Fullerton last season, have the ability to send off Packard in style.

"I don't expect anything less than a national championship," shared the youngest Graybill. "We definitely have the talent and I think we're on the right track to do it."

The reality of what the 2014 season means hasn't seemed to sink in yet for the team.

Graybill, for one, doesn't believe so.

"I don't think it's actually hit us yet," Graybill said. "Until (Packard) is actually gone, we're not going to feel it."

Starting Friday and hopefully ending in mid-June in Omaha, though, Graybill and Allen will be front and center for the final season at Packard with their families there every step of the way.

"It's tradition," Allen said. "It's what we've wanted for our whole entire lives. Now, it's us playing here and hopefully one day our sons will play here. It's just cool to be a part of that and to leave a legacy...the Allen's, the Graybill's...is a big part of our hearts."

Graybill is a good listener and plans on taking his father's advice.

"It's going to be sad not seeing this field here anymore," Graybill said. "I'm going to take a lot of pictures."

A picture may be worth a thousand words, but Allen just needs eight to sum up his second home:

"The greatest college baseball park in all of history."