ASU moment of the Year semifinals: No. 2 basketball beats Arizona vs. No. 3 hockey wins the national title

We're down to the final four moments!

Share All sharing options for: ASU moment of the Year semifinals: No. 2 basketball beats Arizona vs. No. 3 hockey wins the national title 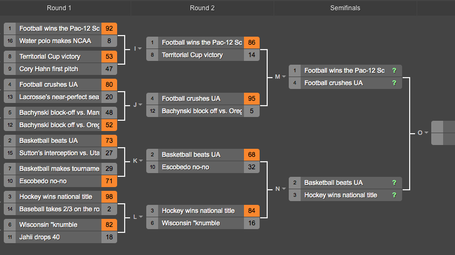 Now we have our first semifinal matchup.It is no surprise that the biggest victory in the Herb Sendek era makes it on our list of the best moments from this past athletic season. What makes it a little sweeter is that the victory came against arch rival Arizona.