ASU Moment of the Year finals: No. 1 football wins Pac-12 vs. No. 3 hockey wins national title

Share All sharing options for: ASU Moment of the Year finals: No. 1 football wins Pac-12 vs. No. 3 hockey wins national title

On Sunday, Football winning the Pac-12 South (69 percent) took down the win over Arizona (31 percent). 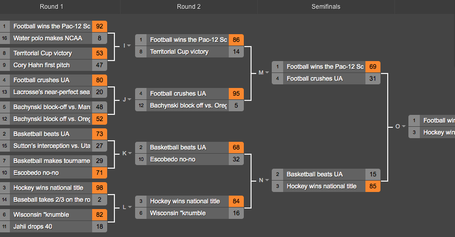