How did the play happen

Redshirt senior running back Deantre Lewis scores a touchdown on a one-yard run with 7:20 remaining in the first quarter against New Mexico. The next logical step in the order of football rules includes sophomore kicker Zane Gonzalez coming out to try and put the extra point through the uprights. This would have given the Sun Devils an early 7-0 lead.

Arizona State instead did something nobody expected. They came out in the swinging gate formation. Here is what happened next from the people who executed the two-point conversion to near perfection.

Michael Bercovici (quarterback): We like to line up in that gate. It's just kind of an extension of our program, knowing we're a threat at all times.

Todd Graham (head coach): I had absolutely nothing to do with that, but it looked great. 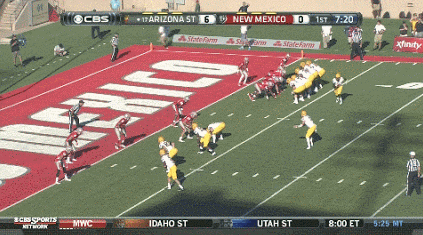 MB: It's a play where they're out-numbered, we line up in a shift. We send the motion, De'Marieya is a left-handed kid so he comes over on the speed sweep.

De'Marieya Nelson (tight end/passer): Coach Norvell called it, we were working it in practice.

MB: We've been practicing that since the beginning of fall camp. It's a new design that Coach Bo (Graham) designed for us. 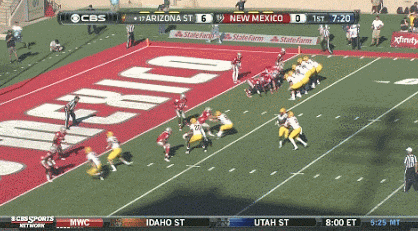 MB: We always practice it on Thursday so on Thursday we said ‘hey, first time we're doing it, we're going to run it this way.'" 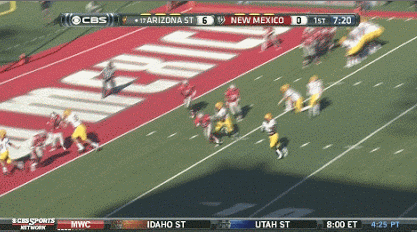 DN:It's just a two-way go, I could have ran it in. 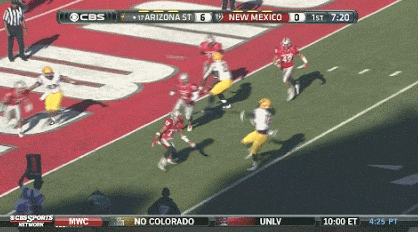 DN: I'd never thrown a pass before, not when it counted. I feel like they came up and left him (Gonzalez) in the endzone by himself and it was there.

MB: Someone came up to tackle him and he just threw it to Zane. 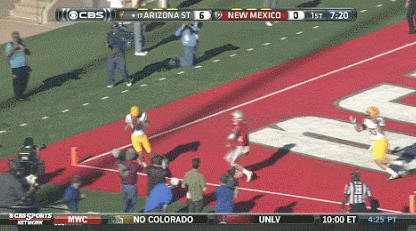 MB: I don't think anyone believed Zane could catch a pass, but he did more than just that and got two feet in.

ZG: It was close, I was just trying to be safe. Everybody was just really excited, nobody expected it.

MB: Every team we play now has to work on that. We've shown that we're a threat to score points on the two-point conversion.

Here is the whole play in gif form courtesy of JediASU: